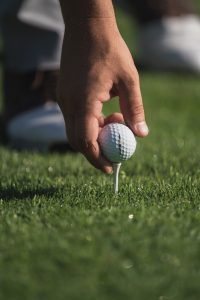 As many are aware, professional golfer Tiger Woods was recently involved in a car accident towards the end of February and was reported to have suffered traumatic injuries to his lower extremities. Though reports stated that he sustained serious injuries to both lower extremities, his right leg appears to have absorbed most of the trauma from the accident.

According to the doctors at Harbor-UCLA Medical Center, Tiger Woods’ right leg suffered comminuted open fractures along with the upper and lower tibia and fibula bones as well as fractures and soft tissue injuries to the ankle and foot. A comminuted fracture is when a bone is broken into multiple pieces rather than just broken into two pieces. This type of injury indicates a high-energy injury where the bone broke into multiple small fragments, which will require a lengthier and more complex recovery. Furthermore, the fracture is described as an open fracture. If a fracture is described as an open fracture, this means that the fracture penetrated the skin, which most likely caused significant soft tissue damage, and even nerve or vascular damage depending on the severity.

The trauma was severe enough to also result in swelling that required surgical relief to prevent further injury to the leg, this condition is known as compartment syndrome. Muscles, nerves, and blood vessels are separated into areas known as compartments that are wrapped in a strong type of tissue known as fascia. A buildup of fluid or rapid swelling can increase pressure within a compartment that may slow blood flow to the area and affect the nerves. Loss of blood can cause the tissue to die in the surrounding area and pressure on the nerves may lead to nerve damage.

For Tiger Woods’ injuries, the course of treatment involved intramedullary nailing which involved placing a metal rod into the canal of the tibia. This rod will pass across the fracture to stabilize the leg and help the fractures begin healing. The rod is further stabilized with intramedullary nails screwed at both ends of the bone to keep the rod and bone in the proper position.

Since the tibia and fibula are two of the three bones that comprise the ankle joint, it was also indicated that injuries were sustained to the ankle and foot. Most likely, plates and screws were also inserted to stabilize the bones for healing. During this procedure, bone fragments are repositioned, if possible, into their normal alignment and held together with screws, plates, and pins attached to the outer surface of the bone.

As mentioned previously, the trauma to the leg caused severe swelling that required surgical intervention to prevent further injury to the leg to relieve the compartment syndrome. A Fasciotomy is a surgery performed to relieve swelling and pressure within a compartment of the body. During this procedure, an incision is made in the skin over the compartments to relieve pressure, and the fascia over the area is also cut. If dead tissue is present, it will be removed. However, there was no mention of dead tissue removal for Tiger Woods’ injury, so it is assumed the fasciotomy was performed in time. Loose stitching is then placed over the area and wrapped in a dressing, but the wound will remain open until the swelling has passed. During this period, the dressing will be removed, the area cleaned, stitches tightened more as the swelling decreases, and a new dressing applied. In some cases, a skin graft may be needed if the area cannot be completely closed with stitches.

In most cases, tibial shaft fractures can take anywhere from 4-12 months to heal completely but may take longer depending on the type of fracture. As Tiger Woods experienced an open comminuted fracture, he is indeed in for a lengthy recovery period involving many hours of rehabilitation of his legs and physical therapy.

The surgery performed particularly in the ankle area may be of concern for Tiger Woods’ future as a professional golfer. Restriction of movement and pain within the leg, ankle, and foot can impact a golfer’s ability to swing successfully. Fractures involving joints can also cause the development of early-onset arthritis. However, this will be Tiger Woods’ 10th surgery and we are confident his resilient spirit will prove successful in him overcoming this injury and returning to the green.

If you have an injury or suspected fracture and desire high-quality care, our team at Cella Foot & Ankle Specialty is ready to assist you in your road to recovery. For more information on our care and services or to schedule an appointment, contact our office at (201) 773- 6557.

Font Resize
Contrast
Accessibility by WAH
Call Us Text Us